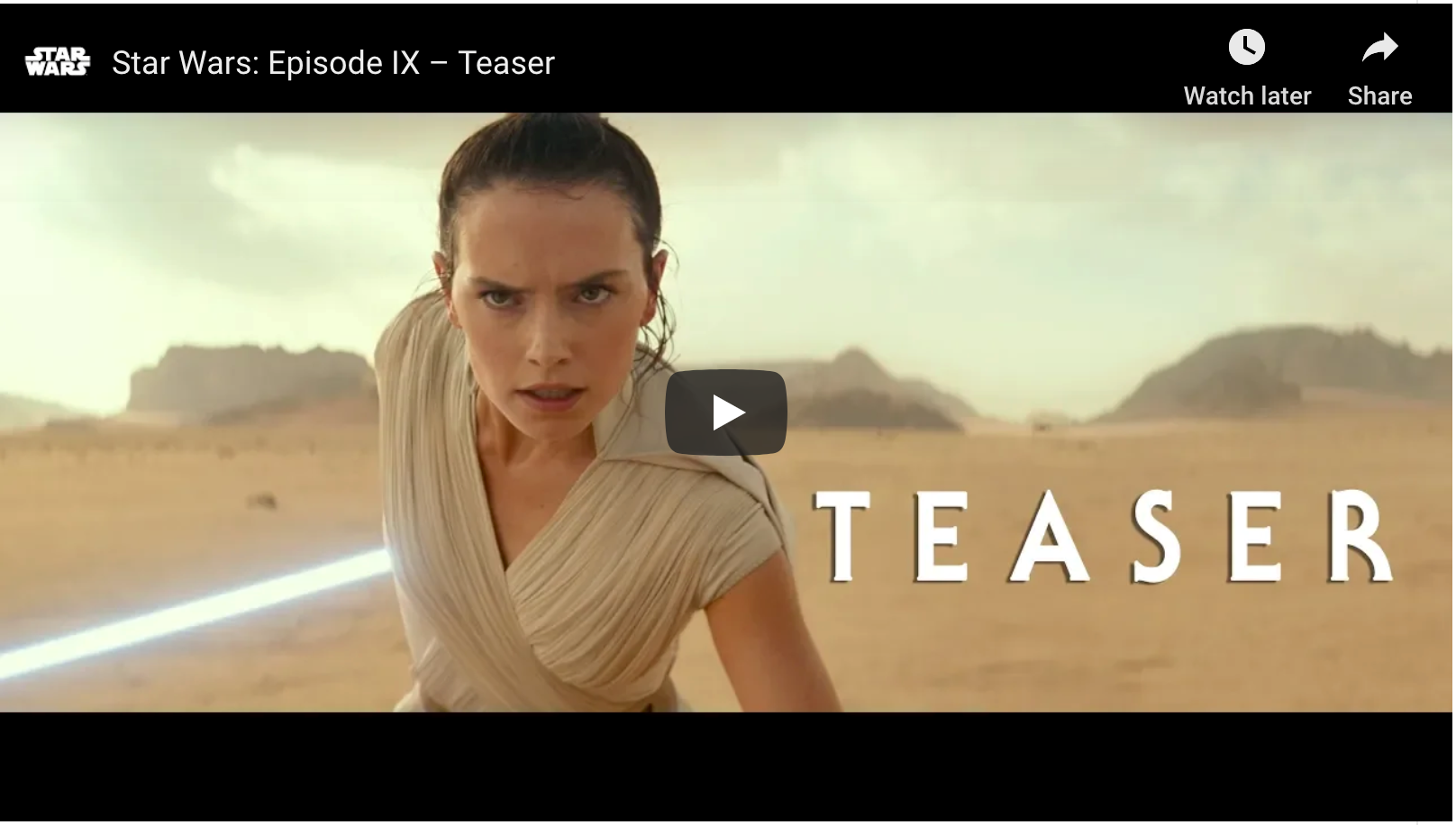 Never have Star Wars fans waited this long for a title, but the Force is strong with this one: Episode IX, the final chapter of the Skywalker saga, will be titled The Rise of Skywalker.

Even better, there’s an epic, new trailer, one that should raise the hairs of even the most venomous cynics in the wake of 2017’s The Last Jedi. Or, you know, those who were blind to the majesty of last year’s Solo: A Star Wars Story.

Of course, what do you expect? With JJ Abrams back at the helm, there was no way this trailer was going to be disappointing. The guy’s made a career out of The Tease, and he certainly hasn’t lost his touch this late in the game.

The news comes straight out of Star Wars Celebration, which is currently going down at McCormick Place in Chicago, Illinois. Longtime fan Stephen Colbert hosted the panel with the cast and crew, which he jokingly admitted he did as a favor to his “spiritual” friend JJ Abrams. Throughout the panel, Lucasfilm President Kathleen Kennedy insisted this is the final act in a three-act story from the mind of George Lucas.

Abrams offered some hints at the story, confirming that some time has passed in the galaxy, revealing an image of a worn-out Millennium Falcon, while also assuring fans that this will be a shared adventure with the gang. On the topic of the untimely loss of Carrie Fisher, who will have a posthumous cameo, he added, “Princess Leia lives in this film in a way that’s kind of mind blowing to me.”

Naturally, the biggest surprise of the panel was seeing one of the very few remaining veterans to return to the franchise: Billy Dee Williams. Set to reprise his role as Lando Calrissian, Williams added a twist to the standard PR rigamarole, even name dropping Steve Wynn. However, he assured fans this was more than just a cash grab, and stressed: “Lando never left me.” The collective fan base exploded.

However, the Lando talk didn’t stop there. Colbert fanned the flames of ensuing rumors that newcomer Naomi Ackie will be playing his daughter by asking her point-blank. While she did reveal she’s playing a character named Jannah, she could only joke around about the question at hand, suggesting that Lando is a charming man who could have children all over the galaxy. Take that as you will.

Click Here to read this Full Article written BY MICHAEL ROFFMAN ON APRIL 12, 2019