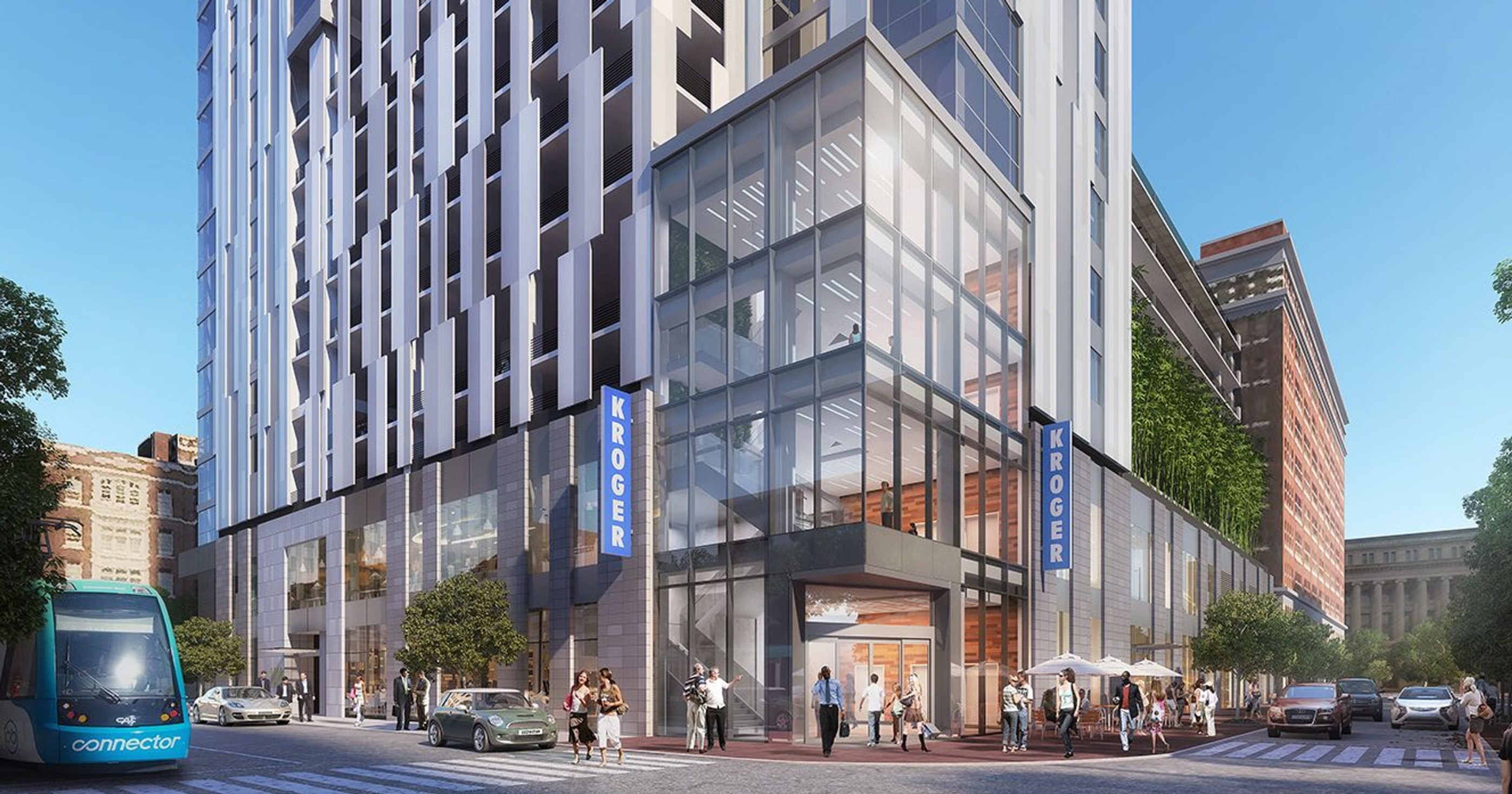 The new store at the corner of Court and Walnut streets will be open 6 a.m. to 10 p.m. seven days a week.

As previously announced, a Starbucks will operate out of the new supermarket – but Kroger officials disclosed the coffee shop will offer a unique convenience: a walk-up window that will serve customers along Court Street without having to enter the grocery store.

Among the dozens of Starbucks shops in Kroger stores across the country, Kroger officials said this is the first with a walk-up window. Starbucks officials weren't immediately available to discuss the feature.

Announced more than two years ago, the new Kroger will be a 45,000-square-foot store – roughly half the size of a traditional supermarket in a suburban strip center, but more than three times the size of the Over-The-Rhine store, which will close the same week as the new one opens.

Kroger officials consider the new Downtown store a "replacement store" for the one closing in Over-The-Rhine, which are roughly half a mile apart

Based on Kroger's urban-centric Mariano's chain in Chicago, the new store is designed to attract rushed city dwellers with a mix of grocery staples and ready-made or prepared foods.

The store is also designed for some visitors to linger – besides a beer and wine section on the second floor, the store will feature a "food hall" with a common seating area served by a mix of vendors.

The other vendors are: Eli’s BBQ, Queen City Whip, Dope Asian Street Fare and Django Western Taco. The remaining vendors will announce their hours at a later date.